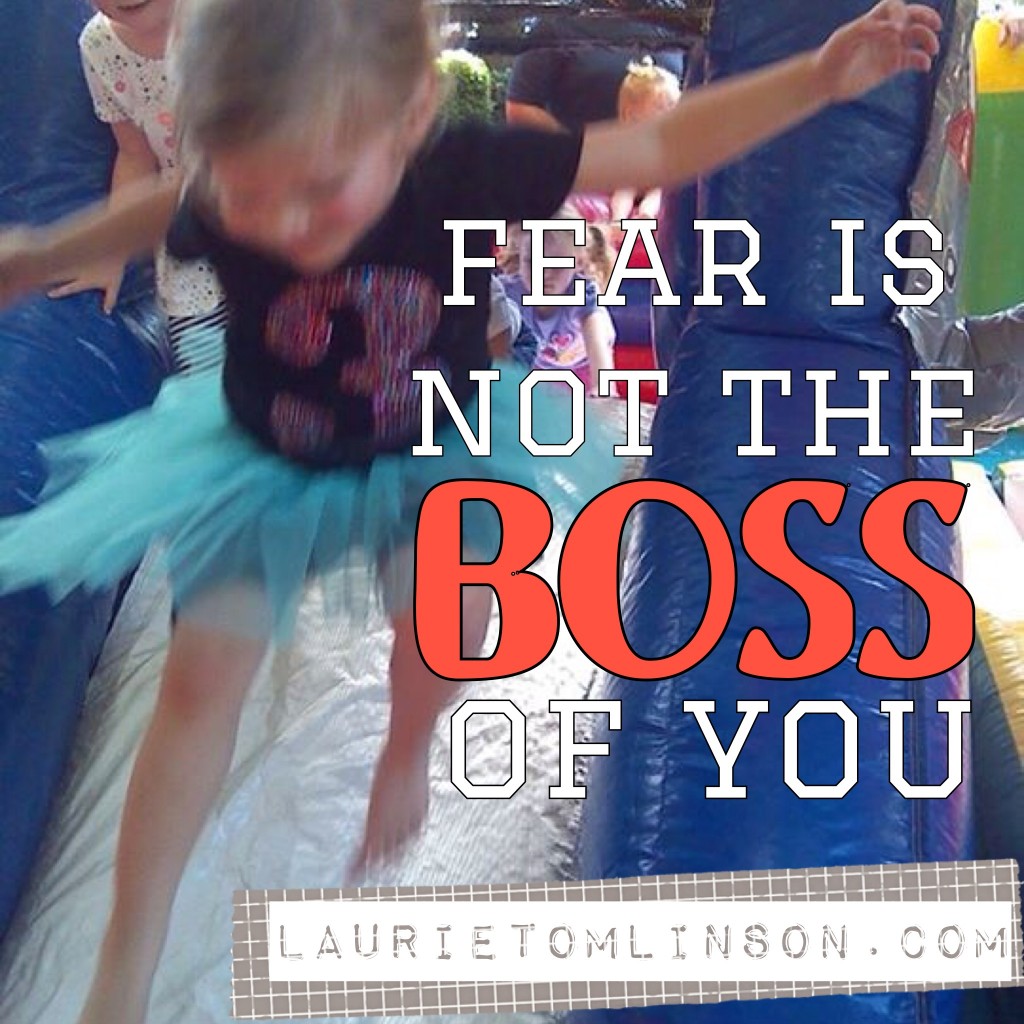 I’ve been thinking about fear a lot over the last few years as I’ve dealt with it in my personal life and made it a major theme in my second book. It’s one of those things that, if you don’t keep it in check, it can consume you. It can manifest itself in unhealthy ways and become an enslaving force in your life. It can trap you and keep you from living your full potential in freedom.

As my writing friends are preparing for ACFW Conference — an integral part of our year as writers, a major stepping stone in our careers — there’s been a lot of talk about fear. Well, it turns out I have a lot to say on the subject.

It’s a pretty cool thing to be sitting in church with no idea what you’re about to hear until the pastor starts speaking about a topic that’s been on your heart. That’s what happened to me yesterday, helping me flesh out some of my thoughts. So here goes.

Fear may come from the sinful nature in us, but it still comes from us.

In Romans 7, Paul talks about sin’s control over our lives. “So I am not the one doing wrong; it is sin living in me that does it. And I know that nothing good lives in me, that is, in my sinful nature. I want to do what is right, but I can’t.”

I think people give the devil way more credit than he deserves. Fear is a product of the lies we’ve chosen to believe. The programming we’ve conditioned our minds to compute. The influences around which we’ve surrounded ourselves.

Sometimes even the comfort that comes with the familiarity of fear.

But if fears come from our own nature, we can actively fight it.

Romans 8 offers hope for our sinful condition. “So God did what the law could not do. He sent his own Son in a body like the bodies we sinners have. And in that body God declared an end to sin’s control over us by giving his Son as a sacrifice for our sins.”

Fear doesn’t hold a candle to the power of Christ in us. Not even a flicker. But it’s our choice, an active decision to reprogram our reactions to the things that normally trigger fear. The thoughts we choose to give our energy and attention. We can decide what to believe as truth in our lives, what chances to take to move toward all the possibilities of bold, unapologetic freedom.

We can surround ourselves with positive influences and media that fills us with truth instead of negativity. We can divert unhealthy ideas instead of dwelling on them. We can focus on freedom one decision at a time and not abandon our efforts completely if we fall short a few times.

If you’re headed to the ACFW Conference, don’t let fear be the boss of you.

Something is bound to go differently than you’ve expected. It’s inevitable. But know that there is nothing that can happen that will be an ultimate deal-breaker. No worst case scenario that’s as bad as you think it will be. Nothing that can ruin your entire trip unless you let it.

You’re surrounded by people who get you and want you to succeed. Remember that, if God has given you this passion and message to share, no fear can derail that unless you let it.

I’m going to leave you this song, one of my favorites lately, and encourage you to be brave, whether you’re going to ACFW Conference or facing something else.