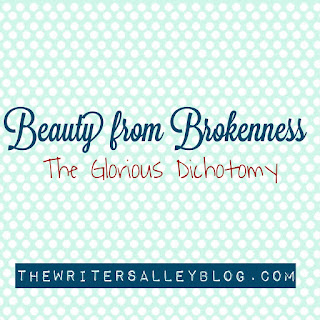 Today I went to the funeral of a 20-day-old baby, the firstborn son of some dear friends of ours. It was a hard, but beautiful day. This couple has been so faith-filled and authentic about their roller coaster journey from battling fiercely in prayer for his life to wrestling with God after his death. Praising Him endlessly.

But as their loved ones gathered to say goodbye, my friends led them in worship, using their gifts to serve and give God glory even in the face of crushing grief. The theme of the afternoon was that, even though no parents should have to lose a child, even though we don’t understand why it happened, God is still good. That’s constant, along with the fact that He’s always with us.

The baby’s brave and beautiful mother shared something that stuck with me, something I wanted to share. Because, I promise, it has everything to do with writing.

In a raw and poignant piece she wrote after her son’s death, “Where I Found God,” she talked about how she’s experienced God when everything in life was going according to plan and, now, when the ground disintegrated beneath her feet.

Our God didn’t change due to her circumstances, she said: He is constant. He always remains the same.

And she pointed out that we don’t have to wait to approach Him in our proverbial Sunday finest, with a pristine face, when it’s easiest to remember to praise Him. We can come to Him messy, broken, raw, speechless. Angry, even. We can ask Him questions and wrestle with Him when faith is living up to its definition, heavy on the “not knowing” aspect.

I think it’s important to capture this in our writing. To give our characters real problems where they begin to lose hope. Where they’re hanging by a thread. It’s important to show how they learn a full reliance on God and His strength, even if it takes them a bit to get to that point.

I think it’s important to show that the end doesn’t always turn out the way we imagined it would be, but it can still be beautiful.

But I think it’s our duty as writers to emphasize the beauty rising from the brokenness. God’s power being made perfect in weakness. That He will scale even the steepest of slopes to redeem a situation and then carry you on His back the whole way home.

Today, I was privileged to witness that dichotomy. The powerful worship of broken, grieving people held together by hope. The place where darkness couldn’t extinguish the light.

And in real life, in fiction, whatever, there’s nothing else that points people to Christ quite like it.