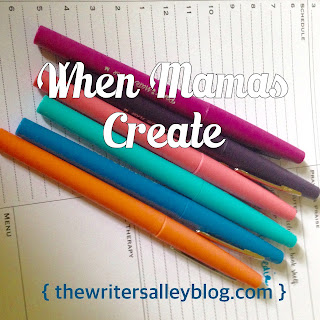 Have you listened to the podcast Magic Lessons with Elizabeth Gilbert? The bestselling author who’s had Julia Roberts star in the movie version of her book (Eat, Pray, Love)? She’s on a mission to help artists get past their fears so they can do their thing once and for all.

I’ve only listened to the first episode, but was inspired by what was there. Obviously I can’t quite endorse it yet because I’ve only heard the first one, not to mention we have very different views on life and faith. But in the episode, Ms. Gilbert interviewed a woman who had the nagging desire to write. She became an English teacher instead and later had two children, shelving the dream and refining her craft in the meantime. Now that her kids are in school, she can’t ignore that niggling desire anymore. And she’s out of excuses, but she just can’t seem to get started.

In Ms. Gilbert’s advice to her were some very important points that resonated with me in my current relationship with work and art and writing:

Mothers need to be given permission to do the things that ignite their souls.

And fear shows up as perfectionism, insecurity, guilt, procrastination, and anything else that keeps them from doing those things.

I’m going to say this up front: The number one person who needs to give a mother permission to create is herself. The mom on the podcast is one example of so many who are riddled with guilt that their desires and attentions are pointed on anything but their children. They second guess any compromise involving their kids and often err on the side of sacrifice.

But children notice things. When Mama creates, they will either see her guarding her time, protecting her art, working hard, and investing in becoming the best version of herself. Or, on the opposite end of the spectrum, they will see a martyr-mother and become conditioned to letting duties delegate dreams to the back seat — both hers and their own.

Yikes. The reality of that possibility makes me cringe.

The truth is, children of a certain age can learn to be self-sufficient during that pocket of time designated for your writing. They can learn to be creators themselves, if not in words or art, then in opportunities. Even if they’re not natural creatives, per se, they’ll live in a climate that encourages them to nurture their own dreams, give them feet, and pursue them unrelentingly.

Ms. Gilbert compared the guest caller to a plane on a runway. She’s spent plenty of time refining her craft, starting a blog, and building momentum, but she’s reached the point where it’s either run out of gas from excess taxiing, crash and burn into the neighboring field, or take off.

This is my commission, not just for moms, but for anyone with that chance within them that’s begging to be taken. It’s time to stop letting fear (and its various disguises) sabotage the passion God has given us. It’s time to take off, to do and create, find the healthiest balance, and discover the best version of ourselves so we can give more freely and love more deeply.