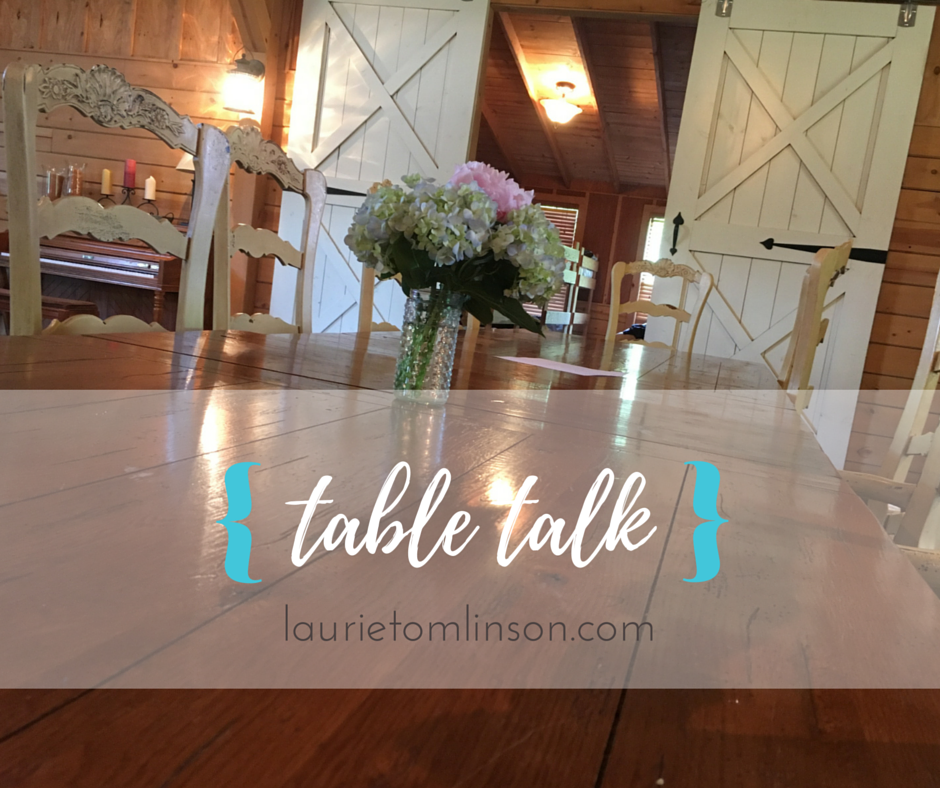 If I could invite someone over to have dinner with you and me this week, it would be author and speaker Jenny Kutz, with whom I have a lot of mutual friends. One of those friends commented on a video clip of her speaking at a conference, which thanks to the magical Facebook algorithm, appeared in my feed.

You should click here and watch the rest of the clip, which is less than five minutes long. So good!

Let me be real with you for a minute. With all of the advice from industry experts to grow our lists and feed the Amazon review machine and offer all of these incentives and follow all of these formulas to get the message out, I have been almost crushed by the urgency to find the right way for me, paired with this irrational fear of being left behind. [I believe the hipsters and people many years younger than me call it FOMO. 🙂 ]

It’s a big responsibility to be given all these words and wonder if I’m being a good steward of them. If the right people are even hearing them. But Jenny’s words echoed this little question God has been magnifying EVERYWHERE to me lately, something I shared briefly in a recent post:

Are you taking care of the tribe you have right now?

Jenny goes on to talk about Esther, who had an entire book of the Bible named after her to tell her story, and Joanna, who had two lines of story. Both women were deemed pleasing in the eyes of the Lord, but did one take precedent over the other, perhaps Esther with her mass acclaim and impact on an entire nation?

Whether we pastor a church, or helm a blog/podcast that reaches thousands, or sit behind a desk, or be a homeschooling mom, or write novels that only see the inside of a hard drive for a few years, or be a complete and total boss in a classroom/corporate setting, the most important thing is being obedient to our calling.

Lists and platform are important, but not more important than being a good steward of the words God gives us and not waiting to be obedient until the timing and numbers seem right. We’re talking about the same Shepherd who would leave 99 sheep to find the one that was missing.

Thank you to Jenny Kutz for the reminder that our calling is important and just as pleasing to God whether we go viral or impact just one. Whether we’re sharing truth, rescuing women from sex trafficking, taking good care of clients, or if He’s entrusted us with the hard work of shaping a few members of the next generation, the most important thing God values is obedience and faithfulness.

If we get emails talking about how our work has changed lives or if we show up every day to a thankless job with results that seem hard to measure, we are just as pleasing to God because we showed up.